On the eve of the anniversary of the death of Anna Politkovskaya, from whose book The Russian Diary our play is based, we set up a theater tent on the piazzetta in front of the Janáček Theater. However, the implementation of the event was preceded by a surprising case with the Public Greens of the City of Brno, which rejected the performance on the grounds that it was a politically motivated event. Jana Ustohalová, an investigative journalist (and, coincidentally, our discussants), dealt with the case in detail in a report in Deník N. After media coverage, the VZMB commission dealt with the case again and reconsidered its decision.

The performance was followed by a discussion with Jana Ustohalová at the Desert Club on the topic: the Russian form of “democracy”, the move towards freedom, the state of our society. 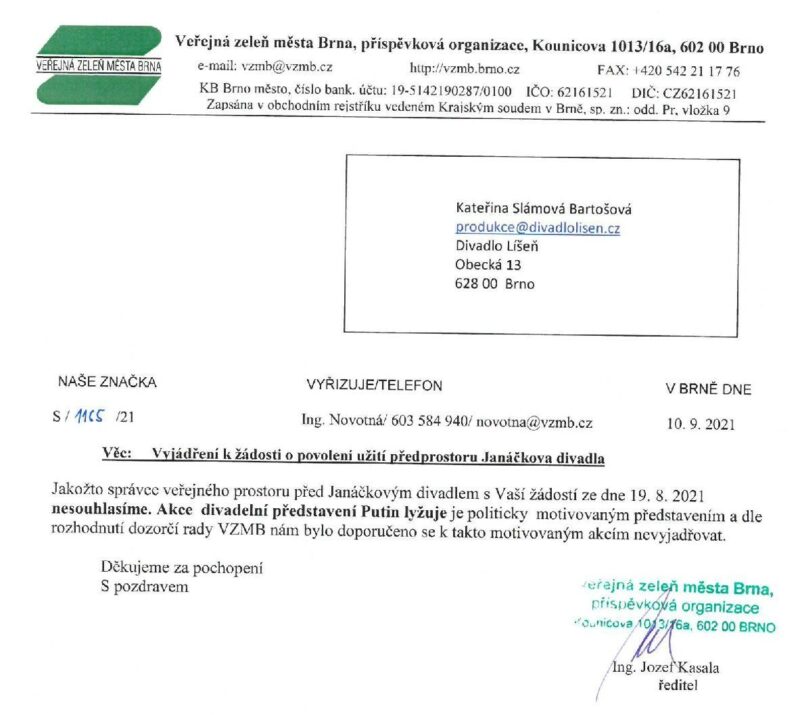